An Introduction to Machado de Assis, by one of his contemporaries Tristão da Cunha

Machado de Assis, who came to be the finest prose-writer in the Portuguese language, died on September 29th last, in Rio de Janeiro, the city where he was born in 1839, and which he never left. He divided his time between the Ministry of Industry, where he was a section head, his presidency of the Brazilian Academy, and his literary activity, which was exemplary.

A poet, a novelist and sometimes also an author of criticism and theatre, he was a rare and perfect writer. Coming out of our romantic movement, he soon abandoned it to resume the classical tradition, though one that was personal and always free. His is a unique case, and he seems a sort of marvel, in a milieu where the influence of romanticism remains strong. Machado de Assis was sober. He was subtle and wise. A superior ironist, an assured psychologist, he liked to involve himself in paradoxes and fantasies. He might remind you of Lucian and of Anatole France. But his style is his own, for the originality of his thinking.

In the 17th century, they would have called him a moralist. He was often a Swift, but without anger, a Swift full of finesse, gently disillusioned.

He was of the same breed as the greatest writers, for his elegant and elastic power, for that simplicity that was ultimately so complex just as things of genius are, the way water is produced by things in nature. Nobody handled the adjective better than he.

A master of language, he was also a master of the Portuguese tongue in particular, one of those who knew it best. And we are not speaking here of a mere richness of vocabulary, which is not uncommon and is fundamentally a matter of memory, but of an identification, as if subterranean, with the psychological sources of expression, which can only come from true culture.

His art is bitter. It is the serenity of the thinker consoling himself for life. A sceptic, his scepticism still did not make him turn towards it. He was perhaps lacking in rather more positive joy, more physical health, to have the simple sensuality of living, the animality that sings in the artist. And his poems and novels suffer from this. But so many of his stories are and remain models. His letters are masterpieces of charm, of moderation, of discreet goodness. He wrote sonnets worthy of Camões.

The man in him was delightful, a little shy, even naïve on many matters, which his moral delicacy would not allow his criticism to touch. Likewise in his academic and official duties, which he always fulfilled with honest zeal and sincere faith. A director of accounting at the Ministry, this disheartened sceptic did believe in accounting.

Inalterably courteous, with no sourness or posturing, taking care of art, he did not concern himself with attacks or arguments. His polished dignity would have found no use for such things. He lived in tranquillity for Letters, surrounded by the affection or respect of intelligent men, the admirable dedication of his wife, and beautiful female friendships. He leaves us with the memory of a delightful spirit and an exquisitely delicate heart.

The Looking-Glass: Essential Stories by Machado de Assis (translated by Daniel Hahn) is out now from Pushkin Press. 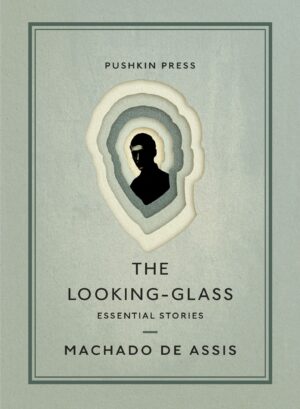