An Introduction to Paul Biegel, from his daughter

When I was little my father, Paul Biegel, my mother, my brother and I lived in a canal house in Amsterdam in the Netherlands. My brother and I had a room high up in the attic where in wintertime we would lie in our beds listening to the wind howling around the roof. Every evening when it was time to go to bed, we would undress, brush our teeth and then cry downstairs: ‘Daddy! Daddy! It is time for a story!’ And then we would jump under the covers and wait excitedly for the sound of my father’s footsteps on the stairs. The thrill we felt! We knew that soon he would come up to the attic and tell us fantastic, spontaneous stories he had made up just for us.

As an exercise to train his brain in fantasy, my brother and I would give him two subjects to talk about – I remember in one instance we suggested a doorknob and a champagne cork. And he thought for a little and soon had a story based around those two objects. But not just an ordinary story: it was always one full of suspense, excitement and fun.

And then he began: ‘Once, a family was celebrating New Year’s Eve. As soon as the clock struck twelve, and the New Year began, the father opened a bottle of champagne. The cork popped, fell to the ground and rolled behind the door. Father poured out the glasses and forgot about it. But later, when everybody went to bed, a mouse crept out of his little hole and bumped into the cork. Just then he heard the doorknob turn slowly, very slowly. What was that? A robber…?’

And this is how my father would conjure up a tale out of nothing while we children slowly got warm lying in our beds. I can still remember how our hearts would jump and beat faster with excitement from those bedtime stories.

And this book The King of the Copper Mountains is also about the heart, because it tells how the gentle and beloved King Mansolain, who is close to death now his heart is failing and ticking too slowly, can only be strengthened by a potion made from the rare life-giving Golden Speedwell. Once a night, the Wonder Doctor says before he goes off to find the magic plant, the king’s interest must be piqued so that he will live until morning – and what better way to do it than with a rousing tale? So, on his travels, he sends all the animals he meets back to the Copper Castle to tell the king a story to keep his heart beating, allowing him time to find and return with the Golden Speedwell.

My father wrote The King of the Copper Mountains in 1963. Even today, I still sometimes go back and read it, as it has remained one of my favourite children’s books.

Sadly, when my father became ill, I realized that – unlike the king in this magnificent book – there would be no Golden Speedwell to cure him and he passed away in October 2006. I still miss my father very much but fortunately I can still hear his voice in his wonderful books, and the memories of his bedtime stories still keep me warm – and my heart ticking – after all these years.

The King of the Copper Mountains by Paul Biegel (translated by the author and Gillian Hume; illustrated by Sally J. Collins) is out now with Pushkin Children’s. More of Biegel’s work, including The Little Captain, is forthcoming in 2022. 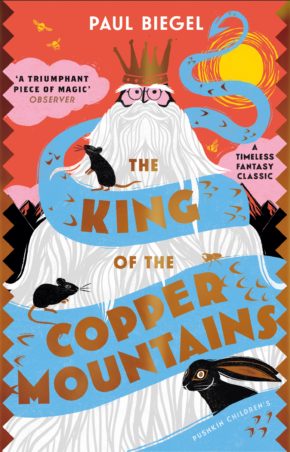 The King of the Copper Mountains 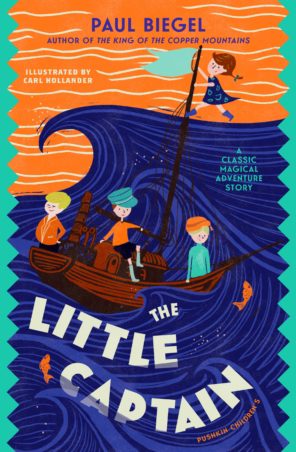