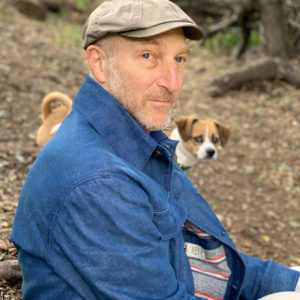 A brilliant contemporary reimagining of the greatest comic relationship of all time, which goes far beyond pastiche to places even Wodehouse couldn’t.

Alan Blair, the hero of Wake Up, Sir!, is a young, loony writer with numerous problems of the mental, emotional, sexual, spiritual, and physical variety. He’s very good at problems. But luckily for Alan, he has a personal valet named Jeeves, who does his best to sort things out for his troubled master. And Alan does find trouble wherever he goes. He embarks on a perilous and bizarre road journey, his destination being an artists colony in Saratoga Springs. There Alan encounters a gorgeous femme fatale who is in possession of the most spectacular nose in the history of noses. Such a nose can only lead to a wild disaster for someone like Alan, and Jeeves tries to help him, but… Well, read the book and find out!

‘Too funny for the canon of high literature, the book is too brilliant to be mere diversionary humour’ New York Press

‘What do you get when you cross Carry On, Jeeves with Portnoy’s Complaint? . . . Jonathan Ames’s very funny new novel, Wake Up, Sir!’ Newsday

‘Ames is a remarkable comic writer. He excels at punching out hilarious monologues on subjects ranging from nose fetishes to the planks of Buddhism’ Time Out New York

Pungent and hilarious, if completely off the deep end’ Kirkus Reviews

Jonathan Ames is the author of the novels Wake Up, Sir!, The Extra Man, and I Pass Like NightThe Alcoholic, and the essay collections I Love You More Than You Know, My Less Than Secret Life, and What’s Not to Love? He is the winner of a Guggenheim Fellowship and is a former columnist for New York Press. Ames performs frequently as a storyteller and has been a recurring guest on David Letterman. He has fought in two amateur boxing matches as “The Herring Wonder,” and he has peformed in a number of shows. Ames had the lead role in the IFC film The Girl Under the Waves, was a porn-extra in the porn film C-Men, and played himself in a pilot episode for the Showtime network. At the time, he said, “It’s the role I’ve been waiting for!” He lives in Brooklyn, New York.