This week, Pushkin Press are publishing The Passenger by Ulrich Alexander Boschwitz (tr. Philip Boehm), a gripping novel of a life lived under the Nazi regime. Ahead of publication, we wanted to share with you an extract from the thrilling opening pages, but first – have a look what people are saying about this impactful read!

‘What a find this is, a novel that lay buried and forgotten for 80 years. It’s part John Buchan, part Franz Kafka and completely gripping’ Jonathan Freedland

‘A prophetic and chilling portrait of life under the Nazis’ Telegraph

‘A riveting, noirish, intensely filmic portrait… a jewel of a rediscovery: At once a deeply satisfying novel and a vital historical document’ Wall Street Journal

Germany, November 1938: Otto Silbermann receives a knock on his door and realises he must flee. A respected German-Jewish businessman, he has managed to evade the escalating brutality of the Nazi regime. But now, as he and his wife plan to leave, all avenues are shut down and he is forced to abandon his home amid the untrammelled violence of Kristallnacht.

With all the money he can gather stuffed into a suitcase, Otto takes train after train across Germany, desperately seeking to cross the border, every moment terrified a fellow passenger will discover his Jewish identity. An unbearably tense rediscovered classic, The Passenger is an unparalleled depiction of the terrifying atmosphere of Nazi Germany. 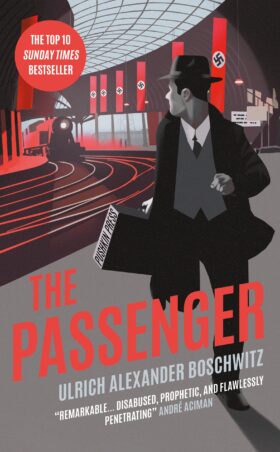