Seishi Yokomizo published 77 books in his hugely successful Kosuke Kindiachi series, but his fame never quite made it outside of Japan. Now, Pushkin Vertigo have been reissuing these golden age mysteries, to great success with critics and readers alike.

Yokomizo’s grandson, On Nomoto, now lives in Connecticut, so we got in touch to talk to him about his larger-than-life grandfather, what it’s like seeing him in print once again, and how the rattling of a teacup still brings back memories.

How famous is your grandfather, Seishi Yokomizo, in Japan?

My grandfather passed away on December 28th, 1981, twenty-nine years ago. Luckily, his major titles have been filmed and refilmed over the years, with every new generation of actors and actresses, and many people are still enjoying them. A certain phrase from  The Village of Eight Tombs has become a buzzword  used to scare or tease friends in Japan, ever since it was filmed by the director Yoshitaro Nomura in 1977: “Tatari jyaaa!” or “It’s a curse!”.

Aside from this, there were two moments over the past century when his books have been most popular with Japanese readers:

Most of my grandfather’s books were written between the mid-50s to early-60s. He was writing more than two stories at once for different magazines during his busiest time. But the wave of realism in the mystery market after the late 1950s diminished his love ofprivate detective mysteries. He did not write any stories between 1962 and the beginning of the 70s. Luckily his series of stories about Okappiki – an Edo era police procedural – became a TV show around this time.

However, at the beginning of 1970s  the second generation of the Kadokawa Press – Mr. Haruki Kadokawa brought the Kindaichi series back to the market with a new campaign for the paperback editions and a movie almost at the same time. My grandfather received a medal from the Emperor of Japan called Zui Ho Sho (Order of the Sacred Treasure). He hesitatedto accept it at first,, as he was not writing to receive medals. But hHe ended up changing his mind and accepting the honour, deciding that it was for readers of his books and not for himself.

What was it like growing up with such a famous grandfather?

I used to play baseball when I was a kid. My grandfather was quite a baseball fan as well. I did not know at the time, but I’ve heard from my mother that he always wanted to come and watch my games. But he didn’t because he might attract too much attention on the field and it might create unnecessary pressure on my play. I showed him my picture and the medal I won for the town championship, but he did not say anything to me. Probably he felt bad  as he himself had not been able to come to the game…

Are there any memories of your grandfather that stick in your mind?

He passed away when I was ten, so I still have many clear memories of him.

I always sat next to him for breakfast, lunch, and dinner when we visited his house. His spot was on the left side of the sofa bench at our dining table. I used to feel some superiority over my elder sister and cousins when I sat with him. I now feel I got this wrong; the truth was that I am the youngest of all his grandchildren, so I am sure my sister and all my cousins used to take this position before me.

The very slow rattling sound of his teacup on the saucer, and the dragging sounds of slippers or sandals are specific memories I have of him. When we visited his house, normally we were not allowed to enter  his office because we might distract him. We had to wait for him either in the living room or dining room.  Hearing the sound of his slippers and rattling teacup from “the very long narrow dark hallway” was a sign that he was ready to see us.

We also went on walks together with my mother and sister, but normally my grandfather walked by himself. I remember I was nervous when I accidentally caught up with him and walked next to him. He had a couple of favourite cafes to rest in, and have a cup of tea, where my sister and I always ordered a large ice cream fruit parfait.

How did you feel when you found out Pushkin Vertigo would be publishing The Honjin Murders and The Inugami Curse?

I am truly grateful that Pushkin Vertigo discovered my grandfather’s Kindaichi series. The books owe a debt to all English language classic detective mysteries. My grandfather grew up with European/American classic mysteries when he was a boy in Kobe, Hyogo. He would hop around used book stores with his friends, store by store, looking for any English books or magazines, hoping they were mysteries, and he read them voraciously. I am looking forward to visiting his grave to say, “Why don’t you greet Conan Doyle, Agatha Christie, Dickson Carr and more!”

What do you think of the reception for the books in the UK?

I hope UK mystery fans enjoy his tricks and plots, but I also would like to highlight that there are many ideasabout Japanese cultureand people lurking behind the stories. The Kindaichi series reminds Japanese people to look back at where we came from and who we are.

What do you think it is about the books that appeals to mystery lovers in Japan and abroad?  Which is your favourite of your grandfather’s books?

Mystery, specifically crime mystery, is about extreme situations faced by human beings. The workings ofmurderers’ minds expose their background and life experience – includingtheir culture and customs. Hopefully readers – of course, myself included – can cross our national borders via these stories, no matter where you are, where you grew up or in which culture, to experience and understand another side of the world.

My favourite of his books is Gokumon Island written from 1947 to 1948. I will notsay anything about the story in the hope that an English edition will be available someday soon. I can say, though,  that this is the only story for which my grandfather asked the opinion of my grandmother, his wife!

You once told me that you think your grandfather modeled his detective, Kosuke Kindaichi, on himself. Do you think you have inherited any of those Kindaichi traits?

As you may be aware that, before solving the case of The Honjin Murders, Kindaichi was in the US. Now it’s been over twenty years since we’ve lived in the United States. To me, this is such a coincidence! My grandfather read a tremendous amount of American, English, and even Australian detective mysteries when he was young. I was always amazed at his wide-angled view of our world in the mid-twentieth century, when the information available about other countries was not what it is now.

What would you say to any mystery fans who haven’t yet read any of your grandfather’s novels?

My grandfather is the classic detective mystery author. He used to be known as the “Devilish twist man”, always thinking ‘trick, trick and trick’. I hope new readers enjoy his work. I also would like to highlight how he never forgot to describe the workings of murderers’s minds too. It is, of course, scary and even grotesque sometimes, but many fans in Japan say there is always some salvation,.

He always included some aspect of Japanese history or culture to give his stories more flavour. For instance, The Honjin Murders is a story about a privileged family who allow nobility to stand in their way in Edo (Tokyo). Japanese society was drastically changing, ever since the Meiji restoration. One of the victims, Akiko, who was from a farmer’s family but received great education to be a teacher, symbolises  this fact.  Another protagonist, Kenzo, represents those who are trying to accept a new Japanese society but are still stuck in the old structures of Japanese feudalism.

The Inugami Curse is the story about the head of a family in the silk industry and the matter of inheritance. It implies how the war disrupted people’s lives – not just those who were drafted, but those who stayed home, and could not see the direction in which Japan was headed after World War II.

The Honjin Murders (tr. Louise Heal Kawai) and The Inugami Curse (tr. Yumiko Yamazaki) are available now in print and in ebook. 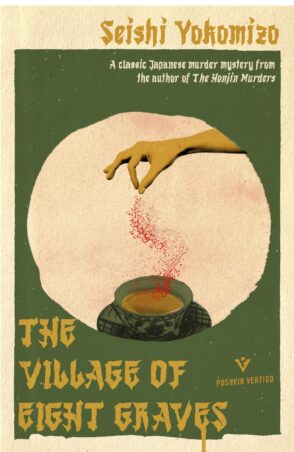 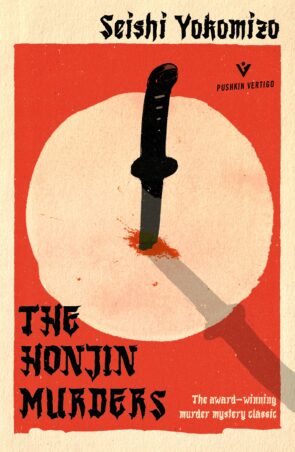 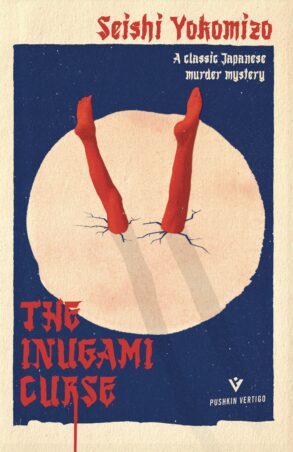