Algernon Blackwood was born in Shooter’s Hill, now a suburb of London, in 1869. Despite being raised in a strictly Christian household, he was interested in other religions from a young age and eventually came to believe in what he called ‘animism’ – the idea that all of nature was sentient and imbued with spiritual meaning – which greatly influenced his later work. Throughout his life he travelled widely and wrote prolifically, producing 14 novels as well as many popular collections of weird and ghostly tales. He even adapted and read his own stories on the radio and early television, earning himself the nickname ‘The Ghost Man’. Blackwood died in 1951, and today is regarded as one of the masters of the supernatural story, to rank alongside M. R. James and H. P. Lovecraft. 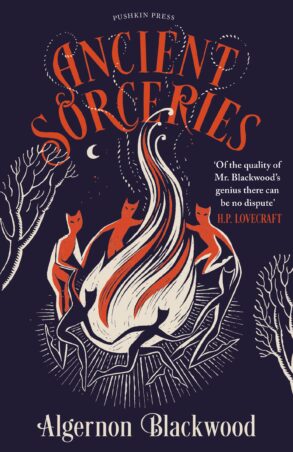