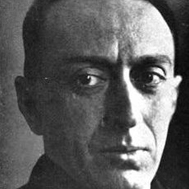 Ernst Weiss was born in 1884 in Brünn (now Brno) in Bohemia. He worked as a doctor and served in World War I. In 1938 Weiss emigrated to France. He committed suicide in 1940, the day the German troops entered Paris. Weiss novels show expressionistic and surrealist tendencies, often expressing violent perverted sexual impulses and marked by deep pessimism, owing something to Weiss’ friend Franz Kafka.