Gabriele Tergit (1894-1982), born Elise Hirschmann, was a German novelist and reporter. She began writing newspaper articles in the early 1920s under the psuedonym Tergit and eventually became a court reporter for the Berliner Tageblatt. She rose to fame in 1931 with the success of her first novel, Käsebier Takes Berlin. In 1933 she narrowly evaded arrest by the Nazis, fleeing first to Czechoslovakia and then to Palestine before settling in London with her husband and son. There, she worked on her colossal novel of generations of German-Jewish life, The Effingers (1951), and acted as secretary of the PEN Centre for German-language writers abroad. 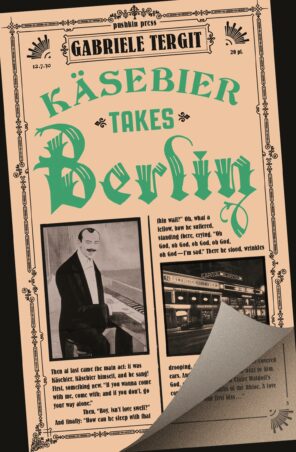