Born in Bordeaux in 1957, Marie-Sabine Roger has been writing books for both adults and children since 1989. Soft in the Head was made into a 2010 film, My Afternoons with Margueritte, directed by Jean Becker, starring Gerard Depardieu. Get Well Soon won the Prix des lecteurs de l’Express in 2012 and will be published by Pushkin Press in 2017.

Frank Wynne is an award-winning translator from French and Spanish. He has won the IMPAC Award, the Independent Foreign Fiction Prize and the Scott Moncrieff Prize. He has translated a number of Spanish and Latin American authors, including Tomás Eloy Martínez, Isabel Allende, Arturo Pérez-Reverte and Tomás Gonzalez, whose In the Beginning Was the Sea is published by Pushkin Press .ea is published by Pushkin Press . 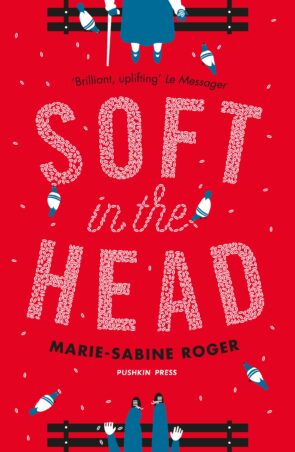 Soft in the Head