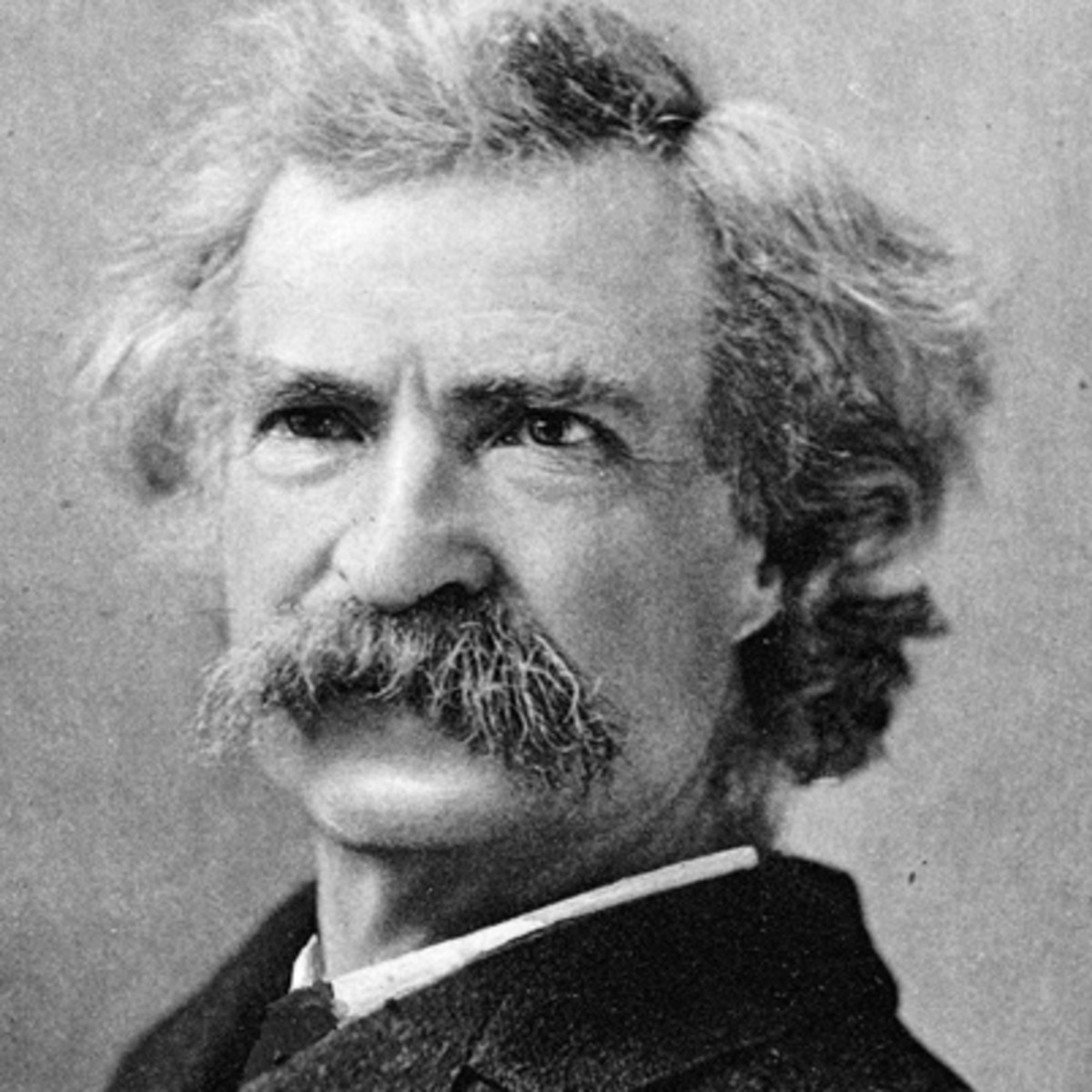 Samuel Langhorne Clemens, better known by the pen name Mark Twain, was born in 1835 in Florida, and grew up in Hannibal, Mississippi. He was the sixth of seven children whose father, a country merchant, died when he was 11 years old. The year following his father’s death, Twain started working as a printer’s apprentice, then as a typesetter and contributor of articles and humorous sketches for the local newspaper, then as a printer in New York City, Philadelphia, St. Louis, and Cincinnati. Aged 22 he began a career as a steamboat pilot until the Civil War broke out in 1861 during which time he travelled across the Great Plains and the Rocky Mountains. These travels provided the material for The Celebrated Jumping Frog of Calaveras County, his first important work, first published in the New York Saturday Press in 1865.