‘Writing is Alchemy’: Susie Bower on Alchemy and The Three Impossibles

When eleven year old Mim meets the last living Alchemist—Trismegistus MacWhisker—she asks him what Alchemy is. He replies:

‘Alchemy is the art of Transformation. Its goal is to set right what is wrong; to change what is inferior or imperfect into something worthy and beautiful. If the alchemist does the Work correctly, then yes—lead will be transformed into gold. But, far more importantly, curses will be reversed.’

We begin with the prima materia of raw, swirling, unformed ideas, hammer them into an unprepossessing first draft, distill and refine them again and again. And during the process, we face ourselves: our strength and our fallibility, our faith and our doubt. Each time we return to the page we dance with the impossible—and if we are lucky, we find a way through; a story is slowly formed, imperfect but strong. Itself.

Alchemy is commonly known as the process of transforming base metal—lead—into gold. But that is the most literal interpretation. Back in the 1940s Carl Jung, the Swiss psychologist and psychoanalyst, explored the similarities between the alchemical process and the process of human development and growth. Both take the prima materia—the basic raw material—and work to transform it into all that it is capable of becoming.

The Alchemists practised their art in secret, shrouding their work in image, symbol and metaphor, creating smokescreens—perhaps to warn away would-be practitioners from attempting what was a frustrating, complex and often dangerous process. Even though it was practised hundreds of years ago, Alchemy’s influences are still relevant today—perhaps even more so. J. K. Rowling’s Harry Potter books draw strongly on Alchemy: The Philosopher’s Stone is one description of the successful completion of the alchemical process.

So why did I choose to write about Alchemy in The Three Impossibles?

Because stories are all about the process of creating or discovering ‘gold’ against the odds. On her journey towards herself and all that she can be, Mim must face and overcome reversals, obstacles and evil in the outside world. Mim’s father, the King, and her calculating new governess, Madame Marionette, see the alchemical process literally and materialistically: all they desire is the end product—the gold. Trismegistus MacWhisker and Mim, on the other hand, approach the process with curiosity, faith and selflessness. The karma is paid at the end of the story.

I’ve always felt strongly that the non-material is just as important—if not more so—than the concrete and the literal: that imagination, the use of symbols and imagery, the power of those things which we experience but can’t touch or physically manipulate, like love, creativity, compassion, curiosity and courage—are all vital to our sense of ourselves as fully rounded humans. So in some ways, The Three Impossibles is about a battle between literalism and the application of the creative imagination to see things in a new way. The riddles that Mim must work out in order to solve The Three Impossibles appear, on the surface, unsolvable: but Mim uses her imagination, curiosity and courage to solve them, and in so doing, becomes more of the person she is destined to be.

Hopefully, the story of The Three Impossibles will show readers that there is potential, there is redemption; that there is a way through the seemingly impossible, if you will only keep an open mind—and an open heart. 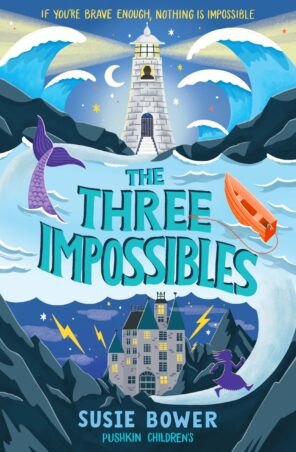 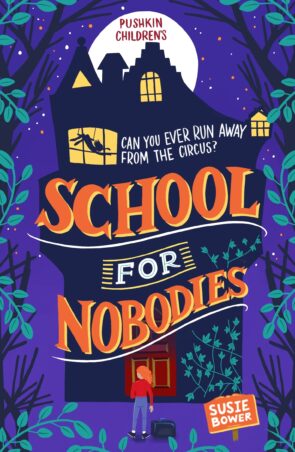 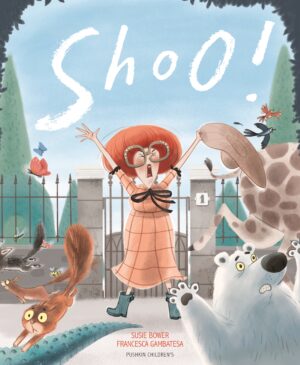